The History of Maison Fossier – Biscuit-maker since 1756

The Values and History of Maison Fossier

The History of Maison Fossier

Heir of a long line of creators of delicacies for which Reims has become famous, Maison Fossier has managed to conserve and develop the creative mastery which has made its biscuit recipes inevitable gourmet milestones. A traditional biscuit factory, forged by two-and-a-half centuries of history, Fossier is the mother company of the Biscuit Rose de Reims and combines the good taste of past times with today’s savours for the pleasure of modern gourmets.

Around 1690, bakers in the champagne region created a recipe to make use of the heat of a bread oven just after cooking, to cook and cook again a sweet delicacy : the “bis-cuit” of Reims was born.

In 1756, under the reign of Louis XV, an era glorifying lifestyle and good taste, a small biscuit maker started up. In 1775, its biscuits were presented during the Coronation of Louis XVI at Reims, and the Biscuit maker became supplier to the king.

In 1825, it received a royal certificate with the seal of Charles X, recognising the quality of its biscuits. The kingdom’s gourmets rapidly heard of the very high quality of its specialities, and had Biscuits Roses and gingerbreads delivered by courier.

In 1845, a certain Mister Fossier, an independent baker, took  over this biscuit factory, created in 1756, “the Mother company of the Biscuits de Reims” and its delicacies. 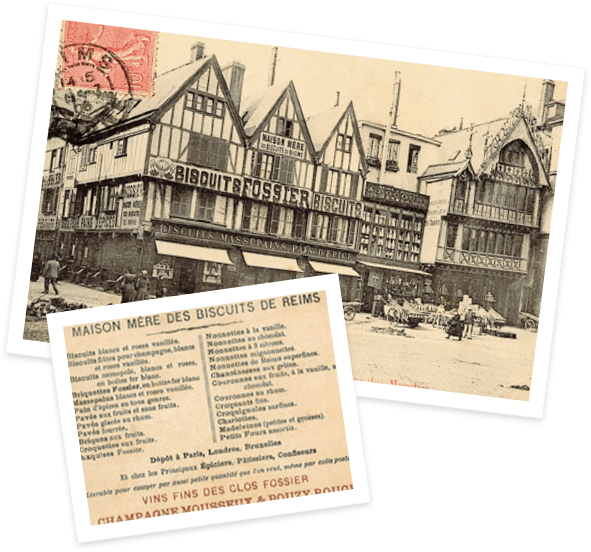 For more than 3 centuries, the biscuit factory is a prosperous activity and strongly implanted in Reims. During the roaring twenties, the fashion of the Biscuits Roses de Reims grew, and the dandies adored tasting them with a renowned Champagne. It even managed to maintain its activites during the wars of 1914-1918 and 1939-1945 adapting its production to the requirements of the moment.

The agenda of the Marne department for the 1950s still counted 15 biscuit factories, which had as specialities the manufacture of “Biscuits of Reims”, gingerbreads and “massepains”.

Since then, Maison Fossier has not ceased to respect the precious gastronomic heritage and to defend the great biscuit tradition of Reims ; of 15 biscuit-makers still existing in the 1940s, it is the only remaining representative.

Since several years, carried along by a new dynamism, Maison Fossier has taken steps to valorise ancient recipes.

The Maison Fossier team, composed today of nearly 100 people, thus promotes quality, the biscuit tradition and the creativity which has made the brand famous.

The Biscuit Rose dates from the 1690s. At this time, bakers of the champagne region anxious to use the heat of their oven after cooking bread, had the idea of creating a special dough which, after having been cooked once, was left in the bread oven where it finished drying. Hence the origin of the word BIS-CUIT : ie cooked twice.

Originally, the biscuit was white. The decision was taken to flavour the dough with vanilla. In order to do this, the pod had to be crushed with sugar in a mortar to extract the aromatic substance in the form of small, almost black particles. Mixed with a bright white dough, these vanilla particles discoloured the finished biscuit. Someone then had the idea of masking this pigmentation with some red colouring : carmine. In this way, the delightful Biscuit Rose de Reims was born !

Its recipe has remained unchanged since, as well as its method of manufacture, which conserves the double-cooking originally practised. 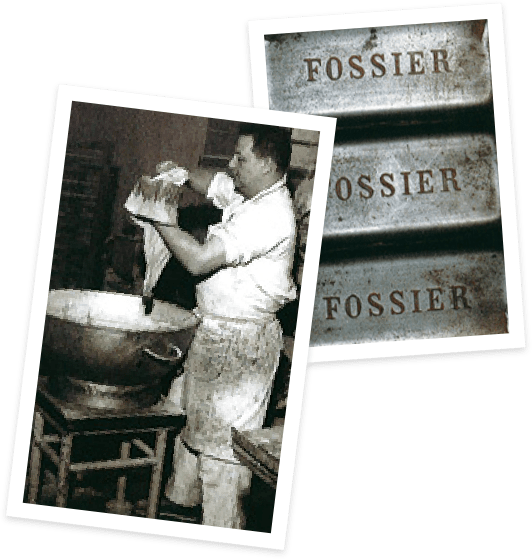 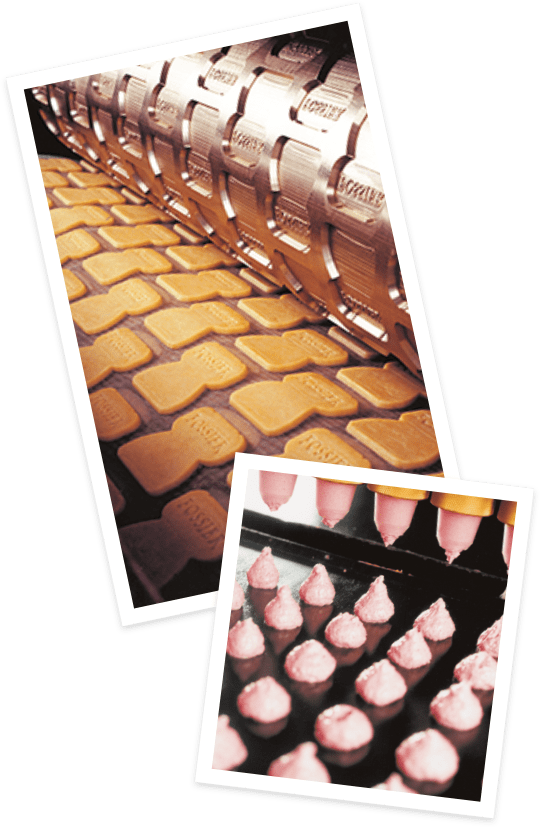 The Values of Maison Fossier

Founded in 1756, the Maison Fossier is the oldest biscuit factory in France and has been recognised even in royal courts for the quality of its biscuits : choice of ingredients, know-how of Master Biscuit-makers, conservation of the traditional character of its recipes …

In 2006, the company obtained the label “Living Heritage Company”. Awarded by the Minister of economy, finance and employment, this label rewards a “renowned and ancestral know-how”, based on the mastery of traditional techniques, specific to a territory. 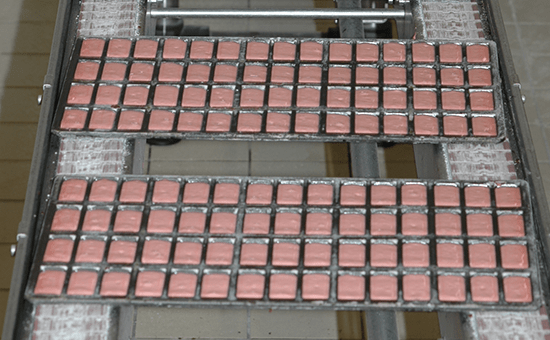 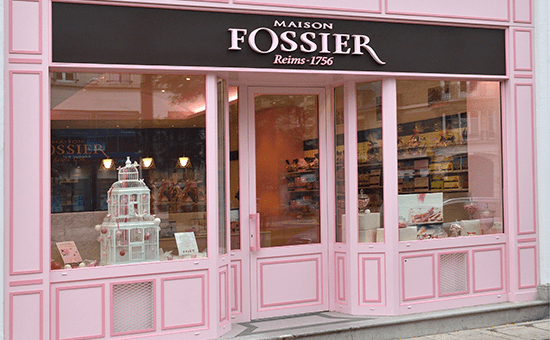